To New Lands! A Travel Blog

Love Hollywood? 3 Reasons You Should Head To Martha's Vineyard

Do you love movies and television? Then you may be surprised to find a deep Hollywood connection way across the country on the tiny island of Martha's Vineyard. What sorts of connections does this serene hideaway have with the world of movies and TV? Here are just three of the biggest.

Martha's Vineyard has been a getaway destination for the rich and famous for decades. The reason? Privacy and easy access. While easy access from the nation's capital means that it's a popular retreat for the Beltway crowd, there are plenty of Hollywood types here as well.

Perhaps its most famous residents were the Kennedy clan. In addition, celebs like Meg Ryan, Reese Witherspoon, and even Lady Gaga have spent time enjoying the pristine beaches and quaint towns. Keep your eyes open for a dressed-down celebrity sighting.

The most famous Hollywood movie filmed on the island was Steven Spielberg's Jaws.

The first shark attack in the film occurred in the waters off Cow Beach. Menemsha Harbor is the location of the final demise of the boat, Orca. The famous Jaws bridge is actually the American Legion Memorial Bridge, where locals still love to jump into the potentially shark-infested waters. And film fans will recognize landmarks like the beautiful Gay Head Light on the cliffs in Aquinnah.

You'll also find filming locations for more recent movies like the 1995 remake of Sabrina. Head to nearby waters to find locations for The Finest Hours as well.

Martha's Vineyard celebrates its film history with its own film festivals each year. The Martha's Vineyard Film Festival has operated each year since 2001, and it provides a forum for local and independent filmmakers. If you want to experience the thrill of an independent film festival but lack the ability to attend ones like Sundance, you can often find the same films shown here.

The Martha's Vineyard African American Film Festival has run for nearly as many years and highlights documentaries, short movies, animated films, and feature films from an international pool of filmmakers. This is a place to see many up-and-coming films before they become famous on the circuit.

What appeals to your Hollywood sensibilities? No matter whether you want to recreate a favorite movie scene, people-watch in the local village, or catch a soon-to-be-famous film, Martha's Vineyard is the place to be. Learn more by reaching out to companies that provide Martha's Vineyard tours. 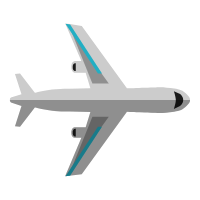 You know that adrenaline rush you get when you discover something new and exciting? Travelers are often seeking that rush, and they get it whenever they visit a new place. You could experience the same rush if you just dip your toes in and start traveling. Book your plane ticket, reserve a room, and pay a visit to whatever city suits your fancy. Whether you plan on traveling internationally or within the U.S., you will find all sorts of helpful travel advice on this website. The articles we've collected here are sure to inform you as you plan a trip or navigate challenges along the way.